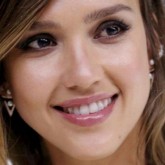 Bharati Airtel on Wednesday launched Airtel Internet TV Set-Up Box, which is based on Android TV OS to compete with Jio. On Airtel Internet TV Set-Up Box you can customize more things like you can broadcast your youtube or Netflix direct through mobile. Stream the entertainment you love from your phone, tablet, or laptop to your TV through inbuilt Chromecast. Simply speak into the remote to search for your favorite show or celebrity by google voice. Experience mobile gaming on TV with direct access to Google Play & Airtel Games also you get Playstore on that.

Airtel Internet TV Set-Up Box is already available on Amazon. in exclusive, below is the product link.

Next post iMobile App Offer: Coupon to Get Rs 25 Cashback on Recharge of Rs 100

How To Send Stylish Text On Whatsapp / Facebook Messenger

How To Enable Guest Mode On Android (inbuilt or non-inbuilt)